True barbeque as practised in the American South has 4 main ingredients- quality meats, low temperatures, wood burning for flavor enhancement, and lots and lots of patience, which is exactly what we do here at Rudy’s Smokehouse. All Glory be to God!

The Best Side Dishes For BBQ 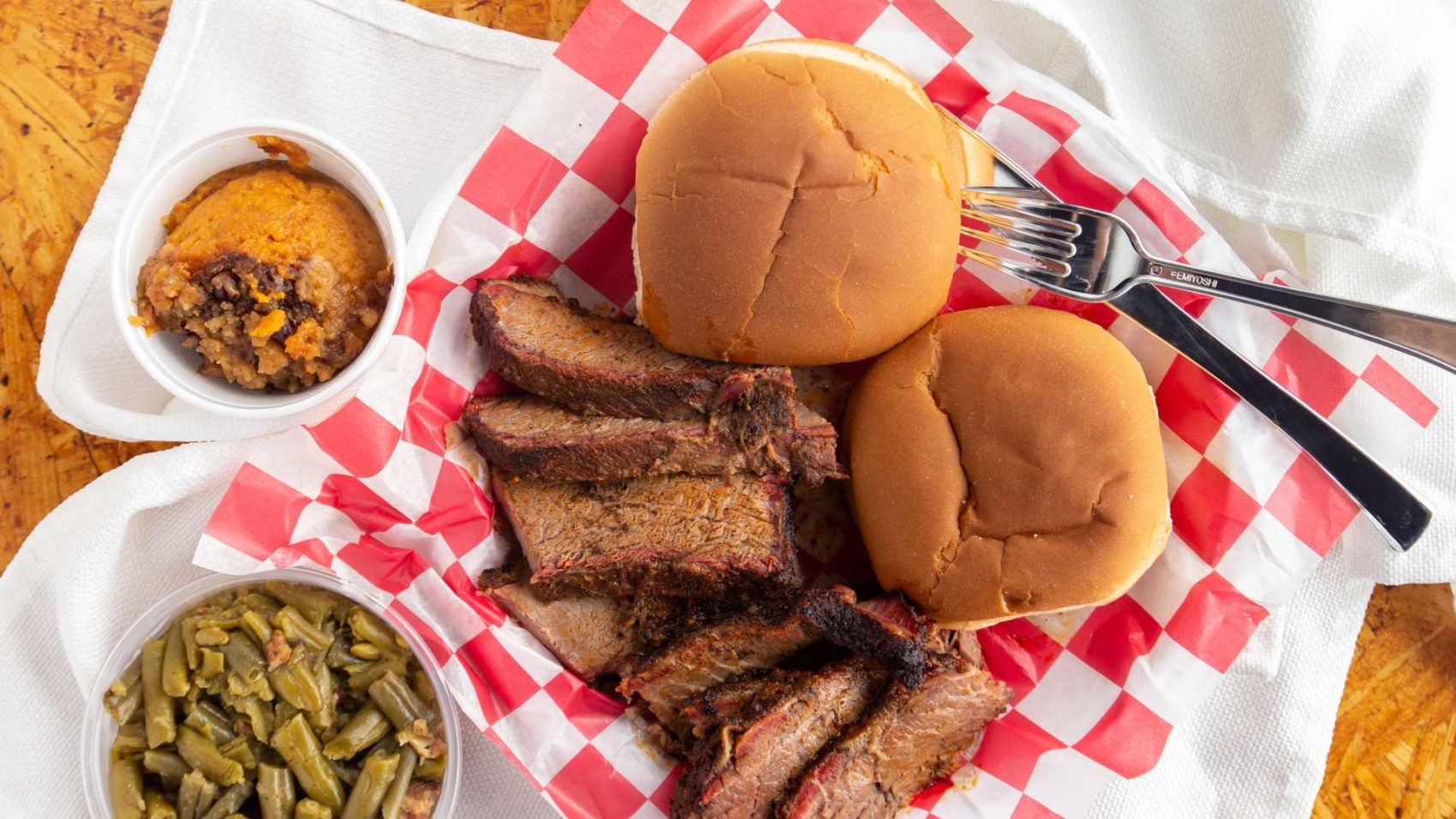 If you served us some delicious BBQ meat and nothing else, that would be enough for us. That said, a delicious side or two can take a great thing and make it even better. The question is, what side do you choose to place next to your BBQ?

BBQ fans can get almost as defensive about side dishes as they do the BBQ itself. Let’s take a look at some of the most popular options competing for space at the table.

In all of our years, we’re not sure we’ve ever met a person who doesn’t like mac and cheese. Unless they’re lactose and/or gluten intolerant. For everyone else, the combination of cheese and noodles is a match made in heaven.

We say the cheesier and creamer it is, the better. Some rich mac and cheese is a perfect pairing for BBQ.

One of the most versatile foods that ever was. With a potato, you can create a whole range of delicious side items: baked potatoes, potato chips, French fries, potato salad, and more. There’s really no wrong way to prepare a potato. No matter your preference, this root vegetable is a great companion for BBQ.

On top of that, there are sweet potatoes. While that’s technically a different vegetable, it’s still a root vegetable, so we’ll allow it.

Simple. Timeless. High in protein. Baked beans have been around for a long time, and they don’t look to be going anywhere anytime soon. For those who aren’t looking for anything fancy, baked beans often hit the spot.

Coleslaw, or just slaw as many of us say, is an honored part of BBQ lore. It’s so important in certain sects of BBQ that it’s not considered to be a “side” as much as part of the experience. This is especially true in North Carolina BBQ, where they make red slaw. Rather than using mayonnaise, red slaw uses vinegar, water, and ketchup.

Typically, red slaw is seen more as a condiment than a side. Of course, even more traditional coleslaw can be found on top of BBQ sandwiches.

Despite it’s sweet and savory nature, cornbread is not a dessert. It’s a proper side. Whether you enjoy it with honey, syrup, butter, or by itself, cornbread goes with BBQ like…well, cornbread and BBQ. They truly are an iconic pairing.

With Rudy’s, There are Too Many Options to Name

Did we leave your favorite side off the list? Don’t worry, there’s a very good chance we have it available at our restaurant or on our catering menu. At Rudy’s, we offer a wide range of catering options for weddings, events, parties, and more, from traditional items to BBQ. For our BBQ plans, we offer a variety of options, each of which comes with side selections. Ultimately, it’s up to you to choose what sides you want.

Stop by our restaurant, and you can pair your choice of delicious meats with any number of classic side options.